It has been 53~ weeks since we published our last weekly email, so we’ve learned our lesson and will not promise how frequently these emails will be.

This week we have three big news stories as well as updates on Boards, Commissions, and transit ridership numbers.

Governor Doug Ducey vetoed a bill that could have raised $36 billion for transportation projects because he opposes a half cent sales tax which already exists.

The bill would allow voters to decide on extending prop 400, a half cent sales tax in Maricopa County that funds transportation projects and is consistently popular with legislators and voters. The original prop 400 doesn’t expire until 2025, so there is still time to get it in front of voters in 2024 or 2026 , but this veto is a definite hurdle.

Here’s the silver lining: the funding breakdown for where the $36 billion would go is actually very bad, both in priorities and in project choice, and transit advocates could use this hurdle as an opportunity to advocate for a better breakdown of priorities.

The Maricopa Association of Governments, the group in charge of the funds, plans to spend the majority on new highways, interchange improvements and construction, and work on arterial roads. The worst is over 370 new miles of highway, a disaster for carbon emission reductions.

The funding that would go to the light rail is also questionable, with their two proposed lines going to density and transit poor Tolleson and Glendale. While these areas need transit access as much as anyone else, the most efficient and impactful use of funds would be to create more branching lines in downtown Phoenix/Tempe/Mesa, areas which are neglected in this plan’s future light rail projections.

The plan includes a streetcar extension into downtown Mesa, which would be great if it gets its own dedicated right of way and decreases the time between arrivals. At the moment, however, the Streetcar is struggling to reach high ridership levels (even for non-school months) and has long headways (20 minutes between arrivals on a route where patrons might get to their destination by walking in that time).

The grand prize, the most important elements of the plan, are three red lines showing bus rapid transit routes. One through Chandler/Gilbert, one into Glendale, and one right up through Rural Road and into the city of Scottsdale. Bus rapid transit is one of the fastest, most cost efficient, and most convenient forms of transportation available in any city, and the Rural line would put it next to the cities most heavily used Orbit and bus routes, and would finally bring with it a genuine Tempe/Scottsdale transit connection.

Here is an image used in a Maricopa Association of Governments proposal to the Tempe Transportation Commission outlining their plans to use the money: 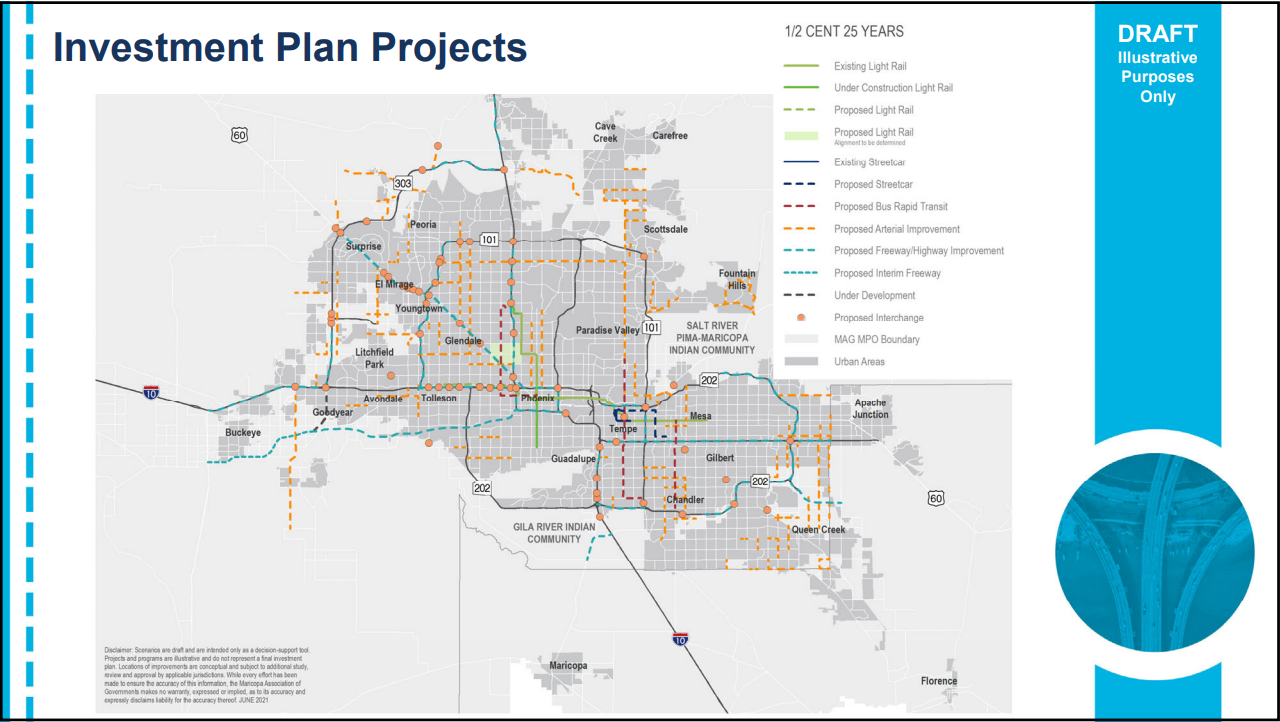 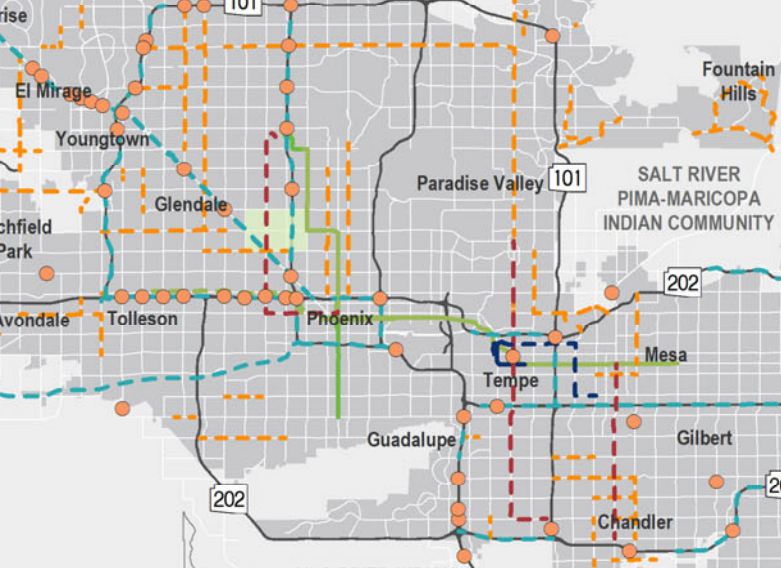 There is no specific investment in micro mobility, and the one billion dollars that could possibly be used for legacy pedal bikes come from a category that will likely be cannibalized by even more spending on arterial roads.

There is also no money put aside for regional commuter rail, which should also be a transportation priority.

So what is there to do? For one, let the MAG know that you want more money for light rail and bus rapid transit, less new highway, more intercity commuter rail, and for the first time in Valley history a dedicated funding stream for micro mobility routes that can act as alternatives to large arterial roads.

The plan is referred to as the momentum plan, and feedback can be sent to this email account MOMENTUM@azmag.gov

Want to help out? We are always looking for new members to add their voices, expertise, and perspective improve our newsletter

In housing tenant/owner protection news, the state legislature passed a bill which protects the owners of condos from forced sales of their property to developers.

Previously, condominium agreements could allow developers who own 80% of units to forcibly purchase the remaining 20%. Under the new bill, new condos could only allow for the forced sale of units when the instigating party owns 95% or higher.

That all being said, this bill should provide an added sense of security for residents who are happy and can afford where they live, and that security is a valuable thing.

The state budget this year had a $5 billion surplus, and included $60 million in funding for the housing trust fund to help finance affordable housing. This is up from $16 million in funding last year and $36 million planned for earlier in the session.

The original $36 million was part of $200 million the house majority was giving the democrats to spend on their own priorities, but to his credit Republican David Livingston of Peoria wanted more.

With a single unit of affordable housing costing in the ballpark of $500,000 to build, it is difficult to see how this new funding will do much unless it is used as leverage to get larger loans.

What else happened this last month?

Request an amendment to simplify, clarify, and modify city code. These changes will lead to stricter and higher parking mandates.

-Request a review to allow parking above the maximum 125% required for the Shop Beer Co. on 920 W First St.

Ridership numbers for June have not been released yet

If you want to help contribute to the TY Newsletter, would like to write a guest blog, or simply yell at us for ruining your idyllic neighborhood, please reach out to us on social media or send us an email